Decorating Silvermine For The Holidays! 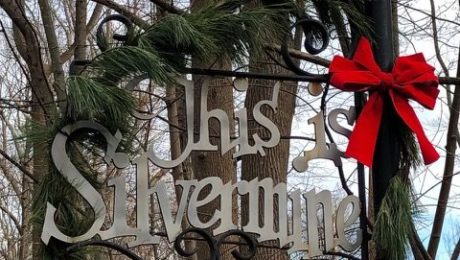 Every year for decades a cheerful, volunteer crew of Silvermine Community Association neighbors have decorated the historic signs, bridges and other parts of Silvermine for the holidays.

The idea is to bring community spirit and a festive touch to everyone, whether you celebrate Christmas, Hanukkah, Kwanzaa, Diwali, Las Posadas, Chinese New Year, Festivus (for Seinfeld fans) or something else.

Beyond the holidays, the SCA undertakes various projects throughout the year to maintain the beauty and character of the area. An important part of that work includes the installation and maintenance of the historic signs around the community. Read more about that here.

Below are some photos of Silvermine this holiday season 2020.