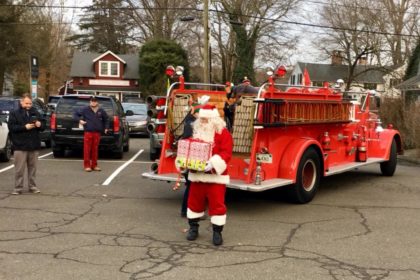 This is an SCA members-only Event.  Click HERE to Join Today.

One of the oldest traditions in Silvermine (stretching back decades) is the arrival of Santa Claus by antique fire truck on Christmas Eve. And, having received official word from the North Pole, we are happy to report that once again, Santa will arrive at the Silvermine Arts Center around 3:00pm on Christmas Eve.

Festivities begin promptly, so don’t be late. As usual, there will be lots of hot chocolate for everyone while season’s greetings are exchanged by all who attend.

Drop your children’s gifts offon Tuesday December 24th, between 10:00 and 2:00 p.m., at 297 Silvermine Ave, which is an antique red home near GrayBarns Inn. You’ll find a large box awaiting the arrival of your child’s gift.

Label the gift with your child’s name in large block letters. Tie multiple gifts together. (Occasionally, Santa has been known to forget his spectacles and he doesn’t want any child to worry about being forgot!

Later that day, arrive with your family at the Silvermine Arts Center parking lot at 3:00pm  You’ll hear the jolly sound of Santa’s elves ringing bells on the fire truck. For the next hour or so, the air will be filled with the merry sound of children’s excited voices as gifts are opened and admired. And yes, Santa sent a message again this year, saying the elves will be handing out candy canes to all those youngsters waiting to hear their names called!

Don’t miss this annual tradition cherished for generations.  Plan to join us on Tuesday, December 24th at 3:00 p.m. at the Silvermine Arts Center!

This is an SCA members-only Event.  Click HERE to Join Today 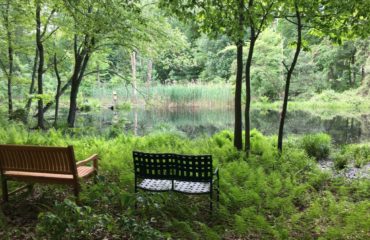 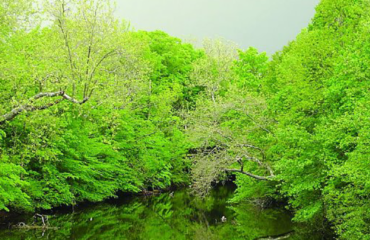 Silvermine is a State of Mind